How The Ear Works Normally 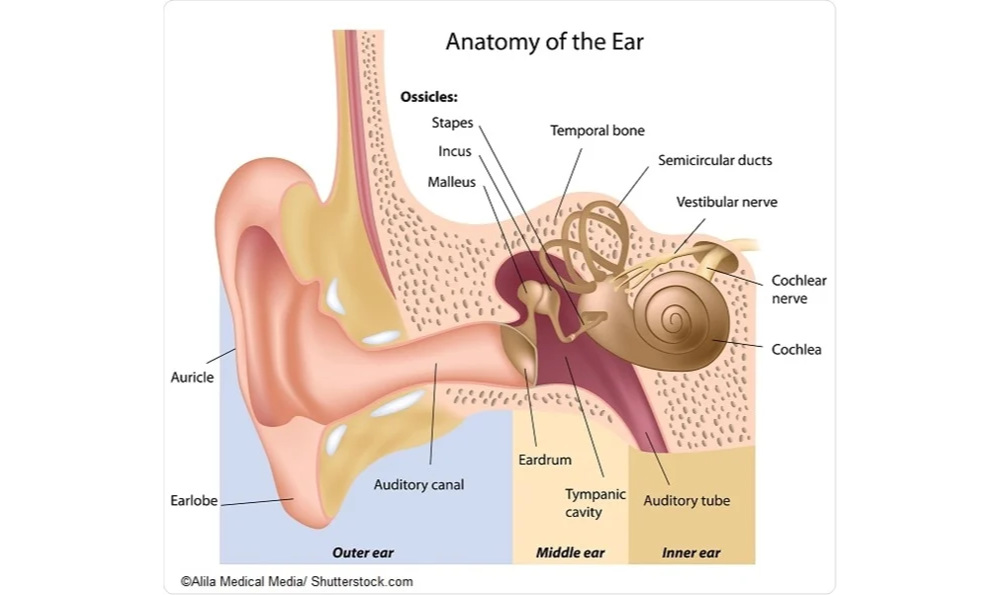 There are 3 parts of the ear: the outer ear, middle ear and inner ear

The outer ear is comprised of the pinna, ear canal and tympanic membrane (ear drum).

The Middle Ear is an air filled cavity, in which are the three smallest bones in the body. The malleus which connects to the ear drum, the incus which attaches to the malleolus and the stapes which is connected to the incus and the inner ear.

The inner ear is comprised of both the hearing organ (called the cochlea) and the balance organs. The hearing organ is filled with fluid and lined with tiny hair cells. Interestingly, the word cochlea originates from the Greek word for ‘snail’ because of its snail-like shape! The cochlea is then connected to the hearing nerve (or otherwise known as the auditory nerve).

How is sound transmitted through the ear?

1. Sound in the form of sound waves (vibrations in the air) from the environment are collected by the outer ear and transmitted into the ear canal.
2. Sound waves then hit the ear drum causing it to vibrate which in turn transmits the vibration through to the malleolus.
3. As the malleolus is connected to the incus which is also attached to the stapes, the vibrations are transmitted through all 3 bones and then to the cochlea. These vibrations cause the fluid in the cochlea to move thus causing the hair cells to bend and become active.
4. At this point, the signal is changed from vibrations to an electrical pulses by the hair cells.
5. The electrical pulses are sent via the auditory nerve to the hearing centres of the brain where they are interpreted and we finally ‘hear’ the sound. It’s true to say that we really do hear with our brains!
6. This process happens almost instantaneously after the sound waves hit the ear!